Besides significant risk of the health and safety of yourself and others, driving under the influence can have serious consequences that

DUI convictions vary from state to state, and can depend on many

different factors such as age, license type, damage/injury, and previous convictions. Some penalties of a DUI include:

DUI convictions can stay on your driving record for up to 10 years. 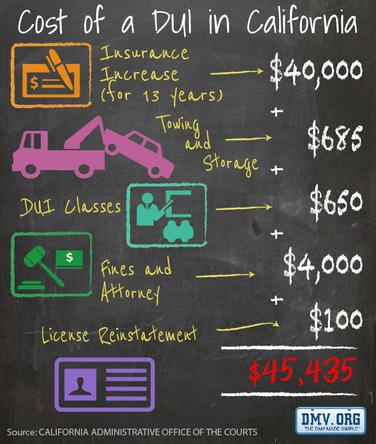 Regardless of the term used, a DUI means that a driver is being charged with a serious offense that risked the health and safety of themselves and others. A DUI is determined by Blood- Alcohol Concentration (BAC) levels. Although they vary by state, any amount of alcohol in one's bloodstream can have severe negative effects on health and safety.

In California, driving or operating a motor vehicle with a BAC

of 0.08% or higher is not only illegal, but also unsafe. In some cases, a driver can still be charged with a DUI if they fail the sobriety test or show other signs of impairment, even if the driver's BAC level is below 0.08%.

"Per California's DUI laws, it is illegal to operate a motor vehicle with any of the following BAC percentages:

Effects of alcohol based on

What is a DUI?

Driving Under the Influence (DUI) 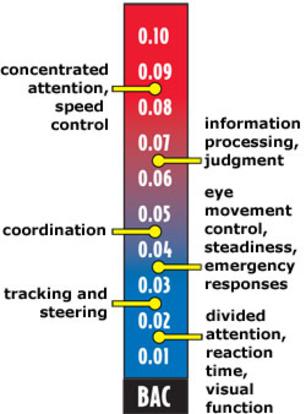 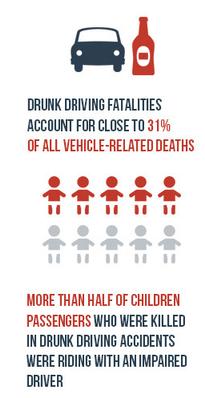 "Motor vehicle crashes take over 32,000 lives each year, costing the country $380 million annually in direct medical costs. Much of

this can be attributed to drinking and driving. In 2015,

there were 10,265 deaths in alcohol-related crashes.

This averages out to 1 death every 51 minutes."

According to the most recent California DMV annual report,

there were 36,125 DUI arrests in Los Angeles County; and the

average BAC level was 0.17%--more than double the legal limit.

or injury in Los Angeles County. Out of these 4,328 crashes,